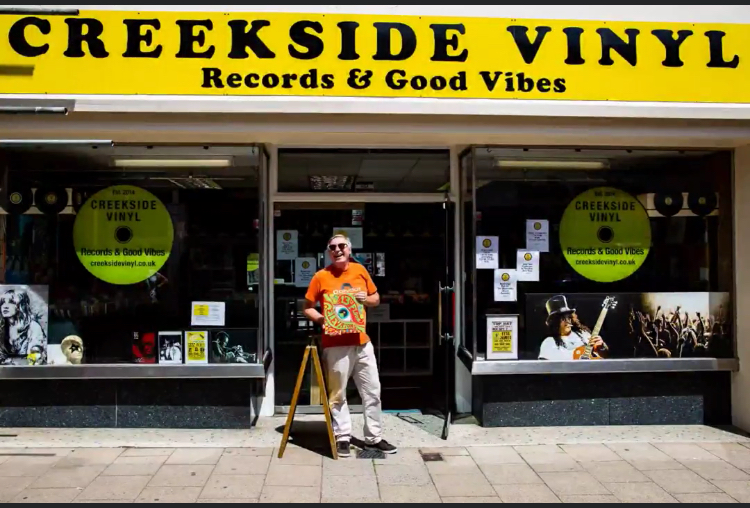 What can be said, about the past few months which hasn’t already been said?  I just hope you’ve come through it unscathed.

It was horrible not doing what we love and offering our great music buying experience and seeing all those fabulous customers who support us so much, It felt like missing dear, dear friends!

After some soul searching, as we found ourselves closed during lockdown, we decided not to put our business online. It may sound like sentimental ideology, but that’s not what we are about. We are not competing with Amazon. Never have, never will. We are your local, friendly high street record shop.  We want to build and serve a vibrant local community of music lovers, offering a very special, personalised and responsive service, whether you’ve come in for the first time on a mission to find ‘THAT’ album or a regular visitor coming for an extended mooch. It’s all good!

So we re-opened and are slowly getting back to some form of normal, Sanitizer, Masks, Screens , Gloves etc etc … are now part of the deal , I hope they don’t get in the way of the chilled connection and the good vibes we try to make a part of your record buying experience.

What did take a hit, because of lockdown was our In-Store events. We had a fabulous Spring season of great artist planned to come in and play their latest albums in the shop. It’s sad we didn’t get to hear Samantha Crain, Matinee, Ned Roberts or a very own local hero’s Waspjuice. Go and have a listen to their music, enjoy and imagine what could have been and will be again, hopefully soon! Happily, the shop is back open again now, Tuesdays – Fridays 10:30 – 3:30 and Saturdays 10:00 – 4:00.  We are doing what we can to keep everyone feeling safe and confident to come and browse. Pop in and say hello, if you haven’t already.  If you’d prefer to have a completely personalised 1:1 shopping experience outside of normal opening hours, then just give us a call…we can sort that out.

As you may well be aware, Record Store Day has been cancelled and rearranged a couple of times due to the virus and global lockdown. The new arrangements are a creative and unique response to the challenges.

In the words of the organisers …

“As announced earlier this year, Record Store Day as it has come to be known will not be celebrated in 2020. Instead there are three RSD ‘Drop Dates’ in which you can get hold of the RSD titles from local record shops: August 29, September 26 and October 24. You can find the 2020 releases and their new Drop Dates on the RSD website “

We will be releasing the details of exactly records we’ve managed to get in stock before the day itself, both online, via our social media presence and in posters on the shop window. We will be open at 9:00 am on those Saturdays.  There is no pre-ordering I’m afraid, it’s still first come first served.

It’s a complete thrill that this will be Faversham’s first time being involved on what is a great day for record lovers around the globe.

The Black Circle Club is our way of saying thank you to our regular customers. It’s been running for over two years now and it offers members a range of better connections to the shop, access to BCC only events, 10% discount on all purchase and a gift voucher on your birthday. During the last few months, we’ve understandably taken our eye of the ball, somewhat. We haven’t been able to do any parties and we’ve not kept up with the birthday gift vouchers.

As we’ve got back to work, I’ve taken the decision to change one of the features, Sadly we won’t be sending out gift vouchers on your birthdays.

We will continue to offer 10% discount on all purchases, please be sure to let us know that you are a BCC member when making your purchases.

As soon as we are able to, we will look to have a BCC party and share a drink, a natter, some tasty morsels and some live music once again.

Thank you for your continued support of Creekside Vinyl, it is hugely appreciated

Warning! Warning! Move on if you want to avoid the ranting old man….

Is it clear? Everyone gone?

Ok, here goes…occasionally, I’ll get someone in the shop who will look around at the records as if they are somehow fake or phony. “Oh?” they will say …rather sniffly… “are these all new? Don’t you do ‘originals”?”

I’m good shopkeeper, I know how to be self-effacing, I’ve watched ‘Mr Benn’ aplenty, I’ll smile and offer some inoffensive comment about how we only sell New Records…yada, yada, yada… and I’ll turn towards my laptop and feign working on something very important and demanding of my immediate attention.

However, the word “Original” will sneak into my subconscious and swim around and around my small brain like a goldfish in a plastic bag. Original! Original!! ORIGINAL!!! I know what he means…. He means a first edition of the Led Zeppelin II or Black Sabbath’s first Album…well no! and neither do most second-hand record shops…most of the copies they have will be later reissues. There is also the unspoken preconception that records which are part of the Vinyl Revival* (*TM Graham Jones) are of a lesser quality both in terms of physical product and artistic worth.  On both counts I’d like to kick back against a misguided orthodoxy.

Also, let’s talk quality, choosing a record at random…if you brought a copy of Beefheart’s 1967 debut album ‘Safe As Milk” chances are you’ve got a reissue “Polydor” release…on one of their “budget’ release of the 70’s and 80s. Well I’m happy to venture that the quality will not be anyway near as good as the “Music On Vinyl” 180-gram Audiophile vinyl pressing reissue we have in stock.  If you brought an “Original” copy of U2’s seminal 1991 album ‘Achtung Baby” well that will be pressed on thin plastic and all 55 minutes (which worked great on one CD) crammed onto a single disc…making the grooves, and consequently the sound thinner. The recent re-release, on a double 180 grm vinyl, will sound sonically superior… by any measure.

So, what’s the deal here, what’s with the strange obsession that some people have with originals?  For me I think it is just prejudice and snobbery, which is fine if that’s your bag. If you want to have a place where you and a select group of like-minded individuals are the cultural arbiters of what’s good, what’s acceptable and what’s real or original, then you do that. Stay on your small island and pronounce yourself Lord of all you survey! I’m happy for you, have fun and make some local laws. They won’t apply to here.

Creekside Vinyl is an inclusive and diverse shop, which welcomes the new, welcomes both the broad and the long view and we dig past, present and future music in equal measure.

Broadcast Vox: – ‘That was Thought for the Day…presented by the slightly aggy Simon Tyler…. now on radio four….

The pictures and saints

In one corner of The Shop you can find three signed framed photos. Covered in dust and memories, these pictures act like the Guardian Angels of Creekside Vinyl. One dimensional images of artists who act as protectors for the values we hold dear.  As musicians, songwriters’ performers each bring an energy and honesty to their work which is both personal and universal. They’ve each been feted during their career, moments of popular and critical adulation and then they’ve had times in the wilderness. The work didn’t dry up, their muse didn’t leave them, they just drifted out of the gaze of the critical zeitgeist of those music magazines and Sunday arty supplements. However, they’ve all created bodies of work which are substantial and worthy of full exploration. It pays to dive deeper than the shallow waters of the wider know songs. You’ll come up clutching a handful of pearls.

Loudon is something of an enigma. Most British people know him as that funny American singer, with the twitchy leg, on the Jasper Carrot show. The patriarch of a strange dynasty of songwriters who all, Like Loudon himself, write an explicit and all too personal unfolding story of their many tangled and tortured family relationships, but these aren’t torch songs, but rather touched songs. Touched with a humour and human honesty which on occasion feels too close, too personal and yet you cannot help but be drawn in. Loudon can do that very rare thing as a songwriter, he writes funny, that you don’t get bored with and then in the next line he can break your heart. Check out this stunning song, which he wrote after his mother’s death. White Winos…

Often incorrectly and frustratingly labelled as Folk…but as Alan McGee intimated, Kathryn is far more Nirvana Unplugged than Fiddlers Dram. A songwriter and performer who leaves everything out on the field. This comes with an ear for melody and harmony which is breathtakingly beautiful.  Kathryn’s voice is unique amongst her contemporaries, its range which moves between, who’s that ghost singing in your wardrobe…to full throttled anguished cries which will reach your soul.  But always in support of the song. Kathryn is a master crafts songwriter who writes from the heart with wit, guile and loveliness.  As can be heard on this fabulous song…Little Black Numbers…

Thank you for taking the time and energy to read this newsletter….

Sorry it went on so long! Uh! Oh Yeah…Far Out! 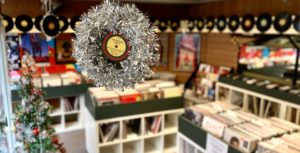 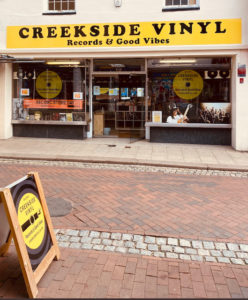 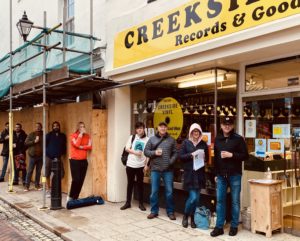