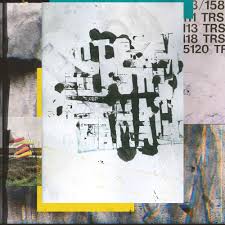 We enter our second year as a new records emporium and good vibes hub in Market Street, Faversham and look forward to the next 12 months. 12 Months of discovering our new favourite bands, reconnecting with our lost loves and stumbling upon that band, that artist, that we’ve known about and never really listened to… and then suddenly, out of nowhere, realise …omigosh…they’re bloody brilliant. (Yes, I’m looking at you Bombay Bicycle Club). So, let’s start the year with a few reviews of new and upcoming releases.

I came to this LP blind, with no prior knowledge, expectations or prejudices about Whyte Horses…It came in a pre-release bland CD cover , so I didn’t even get to clock the beautifully silly psychedelic image that now adorns the album, like a Sgt Pepper homage gone bonkers and cheerfully astray.

I remember distractedly enjoying the first three tracks, a brightly chiming sitar-like guitar, a slightly VU -ish rhythm guitar sound and some delicious modern pop hooks. A fabulously groovy title track, with grimy horns and dancy synths laying a funky bed that John Grant makes with silky sheets, borrowed from the Barry’s, White and Adamson, and then…and then… Oh lordy! …What’s that…really? No …they haven’t…. have they? Wow…Yes, they really have…They have covered the joyous free-spirited euro road trip which was Plastic Bertrand’s “Ca’ Plane Pour Moi “(Well I know what I will be playing at 11: 00pm on 31st January to drown out the sound of Big Bens Sad Bongs!). I challenge anyone not to smile and bop. Fuck Politics Let’s Dance…to misquote those post-punks from 40 years ago.

This album is packed full of wonderful songs, sounds and grooves. It really is the soundtrack for our Hardtimes, but unlike some, e.g. the superb Kate Tempest or dogged Damon Alburn, Whyte Horses are not holding a mirror to our fractured society, they are finding hope and optimism in the sounds which they grew up with and shaped their world. This is perfectly evidenced on the gloriously silly glam song Tocyn. (sung like a manic Welsh Mott the Hoople by the Super Furry Gruff Rhys). It’s plain to those Welsh speakers amongst you, that you don’t need no ticket to ride this train, you just get on board. Seems ridiculous to say in early January that Hardtimes is a fighting contender for Record of the Year 2020, but you know, this is a very high bar.

Bombay Bicycle Club- Everything Else has Gone Wrong

As the founder of the French electro chill merchants Air, Godin is top of the form in terms of electronica, space /ambient pop. For 25 years Air of been purveyors of smooth chill out music, and Nicolas Godin’s new solo album doesn’t attempt to tread any new ground, but rather hone is already fine skills and bring greater focus to a style which to most would already deem perfect.

Concrete and Glass is an onomatopoeic title which perfectly captures the crisp minimalism of these soundscapes/songs. You can imagine these tunes being used to advertise to those who aspire to live in one of those insanely clutter free modern Grand Designs type houses or the Tesla electronic car crowd. Distant drum machines, vocoder vocals over lopping beats deliver a shiny synth and sensibility for the hi end of hi fi.

The lazy amongst us can describe this as background music, and yeah…go there if you want something interesting, but not too disturbing, for your cheese and wine soiree…and we’ve all been there…but to be honest you are missing trick.

This record rewards repeated listening. Godin’s music will envelop you and in a totally meditative and empowering way set you free. ‘Take me to the Border’ is breathless repeated phrase in one song, its thematic request to find a point of departure, but this album is not evocation of sullied dehumanising passport line at an international but rather an emotion crossing to salvation and mindfulness. Godin wants us to transcend the messy complicated pain of our daily lives and transcend to a high plane.  I don’t know about you, but I’m in!

This is a tricky little album from The Big Moon. The rawness of their Mercury nominated debut has been polished and the edges smoothed. Full of breezy, breathy vocals which swoop and sway against some insistent tight modern pop. This feels like a record with its eyes on greater prizes.  It’s mainstream. It’s now. It’s young. It’s fun. And yet….

Underneath the pristine sheen of some exquisite pop production you can still feel the dirty piece of coal they’ve turned into a diamond. And that’s what makes this record special. Juliette Jackson and her wonderful group of musicians are working at number of levels. This collection of songs resonates with the feelings of confusion, distraction and despair which has coloured so many artists work in the UK over the past 3 years or so, but The Big Moon on this album feel if they have the seeds of redemption within their reach.

Like Kate Tempest before them, the message here is that what will survive through the trauma and social fragmentation is love. Take strength and solace from the connections that you make, tend and release. Simultaneously embracing our hidden strength and our studied vulnerability.

Walking Like We Do isn’t purely a self-help manual for existing in a broken society, it’s assortment of catchy songs; pop tunes (‘choons’ if you must) that  have unrelenting earworm DNA, melodies and hooks you will softly notice yourself humming, feeling inside your brain as you go to sleep and as you wake. This band is going places, on the basis of this album you might want to get on board early, because if they continue to grow and develop at this rate, very soon everyone will be going to The Big Moon.

It was in 1982 I was first captivated by a song from Ben Watt, with a title borrowed from a Phillip Larkin Book “A Girl in Winter” the vocals, the reverbed guitar and the ghostly piano seemed to come from another place. Not something I knew was out there, but which instantly spoke to my heart. Bens voice seemed imperfect, fragile, always on the edge of breaking. Yet the emotions conveyed cut like a knife. The first solo album, North Marine Drive is a constant friend to which I return to regularly and find solace and comfort. Ben was my Zen master.

Had a long wait until the next solo Ben Watt album as he concentrated on other things, some wonderful and musical, some real life and scary, but when Hendra was released in 2014 the tone and sensitivity of his voice at the front of songs was like putting on confrontable shoes.

Storm Damage, his fourth solo outing and his third in the last 5 years, finds Ben in fine fettle. The songs are novelistic in their structure, they tell stories of love, loss and life lessons. Ben Watts narrative voice has a slightly weary observational tone “You’ve been hurt before but who but hasn’t/ You feel insecure but who doesn’t” This isn’t self-help or a cheerful rom -com on ITV4 this is the real world.  Messy and uncertain.

The music and arrangements are tight and follows the classic guitar, bass, drums and keyboard combo. The pianos and guitars are no longer drenched in reverb but they now they give each other, and consequently the songs, space in which to gently stretch and grow. New dynamics appear clear with repeated listens.

This collection songs feels as complete and consistent as any in his career. Storm Damage is a very mature record which will rightly harvest and deserve every inch of positive attention. Ben Watt is an exceptional song writer and artist who should be celebrated.

Cheers Mark, Thanks very much, glad you enjoyed it.

Thanks Simon, really enjoyed that. The Plastic Bertrand ref chimed with me – purchased with a fist full of French Francs on the obligatory Student Exchange, in exchange for the single on lilac vinyl, twas indeed a disc of beauty!!

I’m glad you liked the reviews Ali. Wow , Lilac vinyl I bet that was fantastic. The Whyte Horses version is something well worth a listen to ..its a brilliant cover, in that in holds on to the verve of the original and yet manages to add something of the here and now. 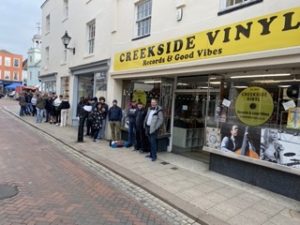 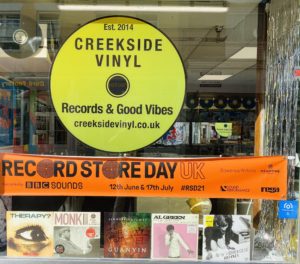