Why I love Iron and Wine 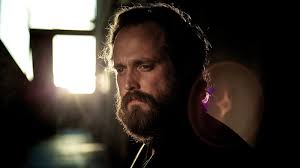 Why I love……IRON AND WINE

I don’t do festivals! And yet, back in 2011 I found myself at the Greenman in the Brecon Beacons, ostensibly to see Bellowhead who had closed things up on Saturday and were their usual fine selves, a riotous folky knees-up!

On Sunday I thought I’d check out Gruff Rhys from the Super Furry Animals, he was appearing in the Far Out tent…however this was mighty rammed and he was dogged with technical problems, couldn’t see, couldn’t hear… I mooched off despondently. I sat on the hill opposite the main stage and watched the late summer sun set into the Black Mountains. On the stage came some big, hipster-looking American guy… ”Who’s that?” I ventured…”Iron and Wine” I was told… Oh yeah man…I’ve heard of ‘em…some sort of Lambchop, Calexico alt country sort of thing…. cool…whatever…. I was distracted, not interested. I may have been eating a burrito.

Suddenly that sound….the voice unlike any I had heard…subterranean, sonorous, melodic and deeply resonant….The song…Walking Far From Home was a Dylanesque road trip…swirling, rising and falling around four repeated chords.  Beatific and horrific image upon image grabs me by the ears and pulls me in. ..“Join me in Song” the hipster croons and I’m not waving, I’m drowning and I love it…Subsequent songs , build on the surrealistic and visceral imagery with a voice as sweet as honey, yet gritty like Swarfega.

Time passes, and I discover a healthy back catalogue and an artistic progression which is a joy. From low-fi guitar and drum machine songs to full orchestrated production. Cover versions to die for…New Orders’ Love Vigilantes is returned to the American civil war, the sister song to Billy Don’t be a Hero, as it always should have been, had Barny and Co. not come from Manchester.

More time passes and new albums abound…full of sweet alternative soul songs with a darkness at their edge. When pushed to describe, compare or contrast…I’ll grudgingly make a Van Morrison ( Astral/Moon/ Fleece) allusion…but really kids, these are just great songs all of their own that roll along.

Still more time passes and more albums and singles, a fantastic night across the Irish Sea, during which Sam Beam, for he is the Hipster, moves and lights up the clouds and  the Heavens….I’m so the soppy fan boy. I await each new release with the anticipation my teenage-self use to reserve for The Undertones and The Beat. If I’m tired and weary and need lifting, if I’m happy and content and need to give thanks…more often than not I turn to Iron and Wine…put quite simply, I love them. 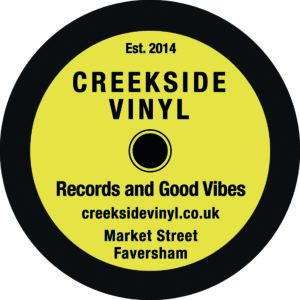 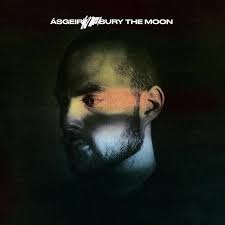